Arto Sari - The Champagne of Skateboarding

In collaboration with Copenhagen Skatepark, Nikolaj Kunsthal presents the exhibition “The Champagne of Skateboarding”, a photographic tribute to skateboarding

Copenhagen is the perfect stage to accommodate skateboarding. Every year, new spots emerge where the architecture inspires skaters to creative expressions and new challenges. With this exhibition, we pay tribute to skateboarding as a lifestyle and mark CPH OPEN. Since 2007, CPH OPEN has developed into one of the most significant skateboarding events, attracting both the international skateboard elite and a large group of followers connected to the environment around skateboarding.

The skating community is known for cultivating a special subculture in which both community and autonomy play a major role. At the same time, the sport inspires creativity and visual expression. Skateboarding is a physical expression, a creative expression. It’s not about winning over others or getting better than others. It’s about finding your own expression, defining your style, choosing your tricks and evolving in all directions.

Skateboarding is about falling a hundred times and getting up a hundred times on the same trick. It’s the feeling of conquering the architecture and the city’s many crooked spaces. It is a movement that is about giving more than you take – and getting involved where you can do something good. Skateboarding is about creating something and giving back to an art form that has given so much to so many people.

The Champagne of Skateboarding is produced by Nikolaj Kunsthal in collaboration with Copenhagen Skatepark. Behind the exhibition’s photographs is the Finnish skater and photographer Arto Saari. Saari himself describes his work as a visual diary, a series of pictures that helps him remember the story, the journey and those who inspire him in life. Saari was born in 1981 in Finland. He currently lives in Hawaii and works in most of the world.

We celebrate the opening of “The Champagne of Skateboarding” on Thursday 2 June. Follow the Facebook event right here. 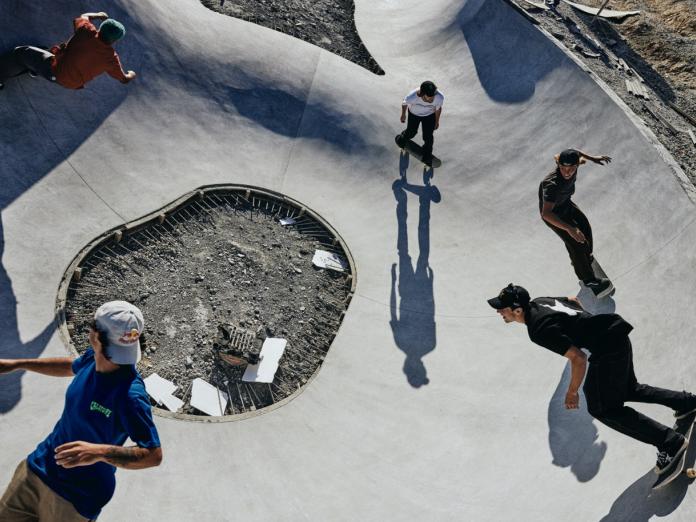